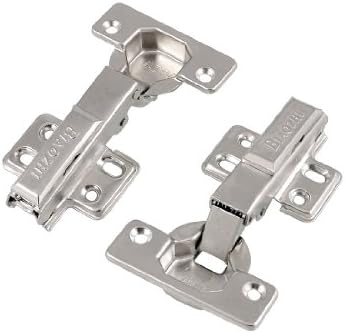 As a guy who already had a LEGO Creator Volkswagen T1 Camper Van 10220, as soon as I saw this car coming onto the market I knew I had to add to my collection

If you enjoy a bit of a challenge or you’re technically minded this is an ideal gift to ask for. The Lego Creator series is geared more towards either adult collectors or teenagers and after the huge popularity of their brick build Volkswagen van they have now released their version of the iconic Volkswagen Beetle.

This is, without doubt, a massive project, containing 1,167 pieces. This means this one set so will keep anyone and everyone occupied for a good few hours while building it. Once assembled given the pride of place it will be a great show piece plus if you do want to have a play around of it there is plenty of different features such as the opening doors that you can open, close and inspect. You could even go one further if you really want to push out a great display and build a whole beach style diorama based around this adorable Beetle.

This recommended retail price came and went it seems but demand is outstripping supply, so you may have to pay more.

Want The VW Beetle? Click To Buy On Amazon

Who would buy the Lego Creator Volkswagen Beetle?

Lego have as you can imagine rated it appropriate for ages 16+ but I know from personal experience that kids of a younger age [both male & females] who have grown up over the years building Lego sets will be most likely able to build this set. This one naturally isn’t just for the juniors; There’ll be plenty of surfers and land lubber adults will also love building this classic VW with its trendy surf vibe. If you’re bored of tv, then building these sets is an alternative especially on a cold, winter evening as it’s also a fun activity for the whole family.

Things We Like About The Lego Creator Volkswagen Beetle?

The sheer attention to detail that has gone into this kit is what sold it for us.  You can, as expected, open the doors to see inside fully the car adjusting the front and back seats that fully tilt or remove the entire roof if you so choose.

From the trunk of the car that opens up to reveal a miniature 4 cylinder air cooled engine, this is great. It comes with a lot of additional little touches like a detachable cooler and surf board that you can put on the roof. The real close attention to detail is awesome. It also has different number plates and a little beach towel. Don’t get caught out though as the VW is back to front with the engine at the rear. This, therefore, means that the hood of the car opens to reveal a spare tire.

This is a great value and beautiful looking set. Personally, I think the only addition that could have possibly been made to it would be a BBQ set, a music beatbox and also a couple of people, either surf guys mini-figures or a young couple the handsome bloke and his beautiful bikinied beauty to go with it.

Is the Lego Creator Volkswagen Beetle worth the money?

In a single word answer – YES. This really is a comprehensive set and it has so much detail that it certainly worth in my opinion at least the hundred buck’s price tag. Quiet often some of these Lego Sets become collectors’ items & as such they tend to shoot up in value. Keeping this in mind, if you look after this, don’t lose any of the pieces & keep the packaging free from damage your ‘toy’ might even become an investment. Make sure you keep the box especially including the instructions in as mint condition as possible.

What Else Can I buy To Go With It?

Lego have plenty of great kits, so if you’re not necessarily ready to buy this particular product, one I already have is the LEGO Creator Volkswagen T1 Camper Van 10220 but as this has even more pieces, at 1,322 that might put you off.

The designers at Lego should be proud of this release and any serious Lego collector will love this classic 60’s car. Appealing to collectors and fans of the 60’s era where they also have the Mini Cooper available in British Racing Green.
The VW Beetle is an iconic vehicle and Lego have captured its appeal perfectly. The detail in this as with other kits is really good, as an example the LEGO Creator Expert 10242 Mini Cooper Building Kit comes with picnic basket set. Any teenager or adult who enjoys building kits or has an interest in classic cars will appreciate this as a gift.

This site uses Akismet to reduce spam. Learn how your comment data is processed.

Check out The Fisher Price Song and Story Learning Chair You’re looking for an ideal gift for that toddler who..Read more

The Kidzone Bumper Car is an excellent way to give your children a safe place to play while at the..Read more

The Ezyroller Classic: Lightweight and Fast Toy for Kids

Introducing the Ezyroller Classic, for kids who are looking to have fun and get some exercise at the same time!..Read more

Our Top 5 Best Baby Activity Table Choices As a parent, there are days that you remember forever. These include..Read more

Zman Games Pandemic The Board Game

Looking For The Best Christmas Train Set? Their wish list states “best christmas train set” but which do they mean?..Read more